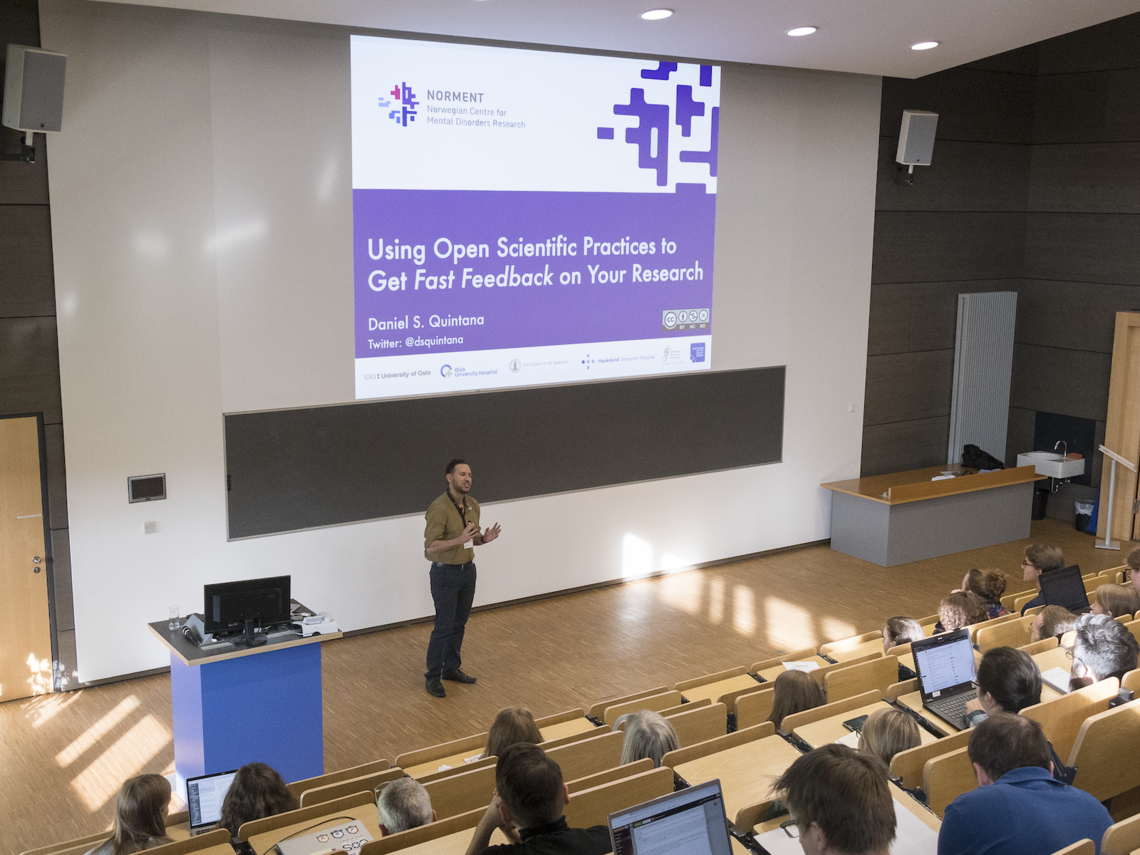 I'm Dan Quintana and I'm a Senior Researcher in biological psychiatry at the University of Oslo. My research interests include social behavior, the oxytocin system, heart rate variability, and meta-analysis.

I grew up Sydney, but now I live on an island in the Oslo fjord with my wife and two daughters.

I'm also a podcaster, co-hosting Everything Hertz and hosting the Physiology and Behavior show.